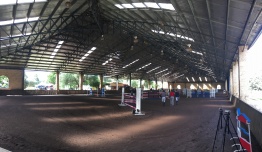 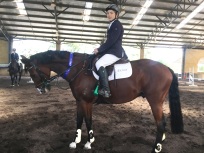 The action was all happening at Upper Swan’s Brookleigh Equestrian on Saturday, with 190 rounds of jumping at Swan River Showjumping Club’s first competition of 2017 on 26 March. “We’re seeing lots of new faces this year and large numbers this early in our season indicates a lot of enthusiasm in 2017,” said event spokesperson Suzanne McGill.

Spectators crowded Brookleigh’s indoor grandstand as riders from as far as Dunsborough jumped to win over Equestrian WA’s brightly coloured 90cm to 1.30m jumps. “We’ve got wonderful sponsors whose support enables us to hold these competitions and award prizes – many generously sponsored by local Swan Valley and Midland area businesses.”

Brookleigh’s new owners have already begun making their mark on the property, from aesthetic improvements to laser-leveling the arena surfaces. “We haven’t had anything to do with showjumping before,” said one of Brookleigh’s new owners, “but it was amazing to watch the speed and agility of the horses today – everything happens so fast.” With four more Swan River Showjumping events at Brookleigh this year, everyone can come to seen more jumping action there between April and August.

For full results, go to Riders’ Hub on the Menu. 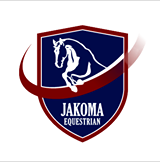